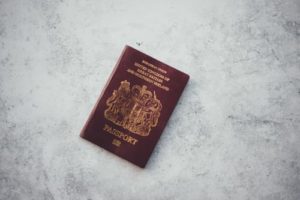 Our client approached NA Law Solicitors for advice concerning an application for naturalisation as a British Citizen. The client was an Indian national who was born in the UK and has been residing here ever since. He was granted Indefinite Leave to Remain in 2004.

In recent years it has become slightly more difficult for non-EU nationals to obtain UK citizenship
through naturalisation.

The requirements to satisfy to be eligible for applying for naturalisations are:

The client had never been in breach of any immigration laws, demonstrated his ability
to communicate in English and passed the Life in the UK test and had a stable job. However, he had faced some cautions and convictions during his adolescence and early adulthood, which could have
had an impact on the requirement of being of good character.

We had to provide extensive documentation to the Home Office to reflect his eligibility despite
his past history of convictions that usually would have restricted him from making the
application.

Moreover, we produced comprehensive and elaborated legal representations to strengthen our
case, where we provided an extensive explanation of his background, work history and past
convictions due to the client’s childhood traumatic experience. Therefore, in the end, our client was successful is obtaining British Citizenship.