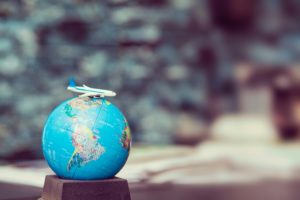 There are different endorsing bodies for the appropriate fields. If the field is fashion or film and television, Arts Council England will pass the application for
review to:

These bodies will require you to evidence that you are either established as or have the potential to become a leading artist or internationally recognised expert in your specialist field.

Therefore, you must demonstrate that you:

Producers Alliance for Cinema and Television have different criteria; you will only be considered for a Global Talent application if you can show evidence for one of the following:

1. Have won or in the last 10 years from your date of application, have received a nomination for one of the following awards

2. Have within the last 10 years from the year of the application, made a significant and direct contribution to winning or being nominated for 1 of the awards mentioned above

3. Have within the last 15 years achieved a minimum of 2 nominations for 1 of the awards mentioned above

How can NA Law Solicitors help?

Our experts will answer any questions you may have about your eligibility under this visa and guide you through the process. You will be provided with a tailored, cost-effective service with only your best interests in mind. Contact us now for a consultation.

European ID cards: changes at the border from the 1st of October 2021

Coronavirus (COVID-19) and how it is affecting UK Immigration

How does a criminal record affect your chances of obtaining settlement or naturalisation?

What Is The New Fast – Track Global Talent Visa?

How has the hospitality industry been affected by the new immigration system?

What is the ‘Graduate visa’ route?

What is a certificate of sponsorship (CoS)?

What are the current visa rules for visitors arriving to the UK?